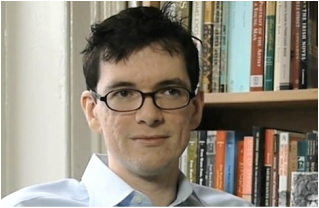 Statement From the N.A. Chapter President:

Last year we began the process of establishing a North American chapter of the Ford Madox Ford Society. Our primary reason for doing so was to provide access to charitable donations from the United States and broaden the society's impact in North America. Due to the nature of US tax laws, new members, and other donors who might give for tax-deductible reasons, could provide a huge boost to Ford Society funds and general resources. Even a small number of donors could drastically increase our financial standing.

IRS laws state that the organization must be legitimately US-based and in good standing, so our goal has been to plan US-based events; increase our US membership; and establish a US web presence.

While the advantages are mainly financial, we also see this as an opportunity to experiment with some new methods of promoting Ford, especially across multiple media, both in and outside of academia, and, of course, to encourage North American interest in the Ford Society's main objectives and global programming.

Our mission is to support the Society at large, and will work to promote the annual conferences, International Ford Madox Ford Studies, and any other initiatives generated by the society proper. To that end we’ve been working closely with the UK-based executive committee on web and programming issues in an effort to present a united new media presence that also maintains an adequate independence for the North American chapter (another IRS requirement).

We had an exploratory conference in the fall, where we established an action plan and a board of directors, which includes Sara Haslam, Ford Society Chair, and Max Saunders as UK-based members to ensure tightness with the parent organization. We launched a new website and have begun our membership and donor drive.

Paul Lewis is acting as Director, and has been working on the website, setting up organizational structure and reaching out to potential donors. I am serving as President, overseeing membership and academic outreach. Our expectation is that within the next few months we will have a  growing number of US and Canadian-based members that will give us a network for outreach, as well as an impressive body of members and organizational ambitions that will make us attractive to donors. We look forward to the work on the global society's behalf.